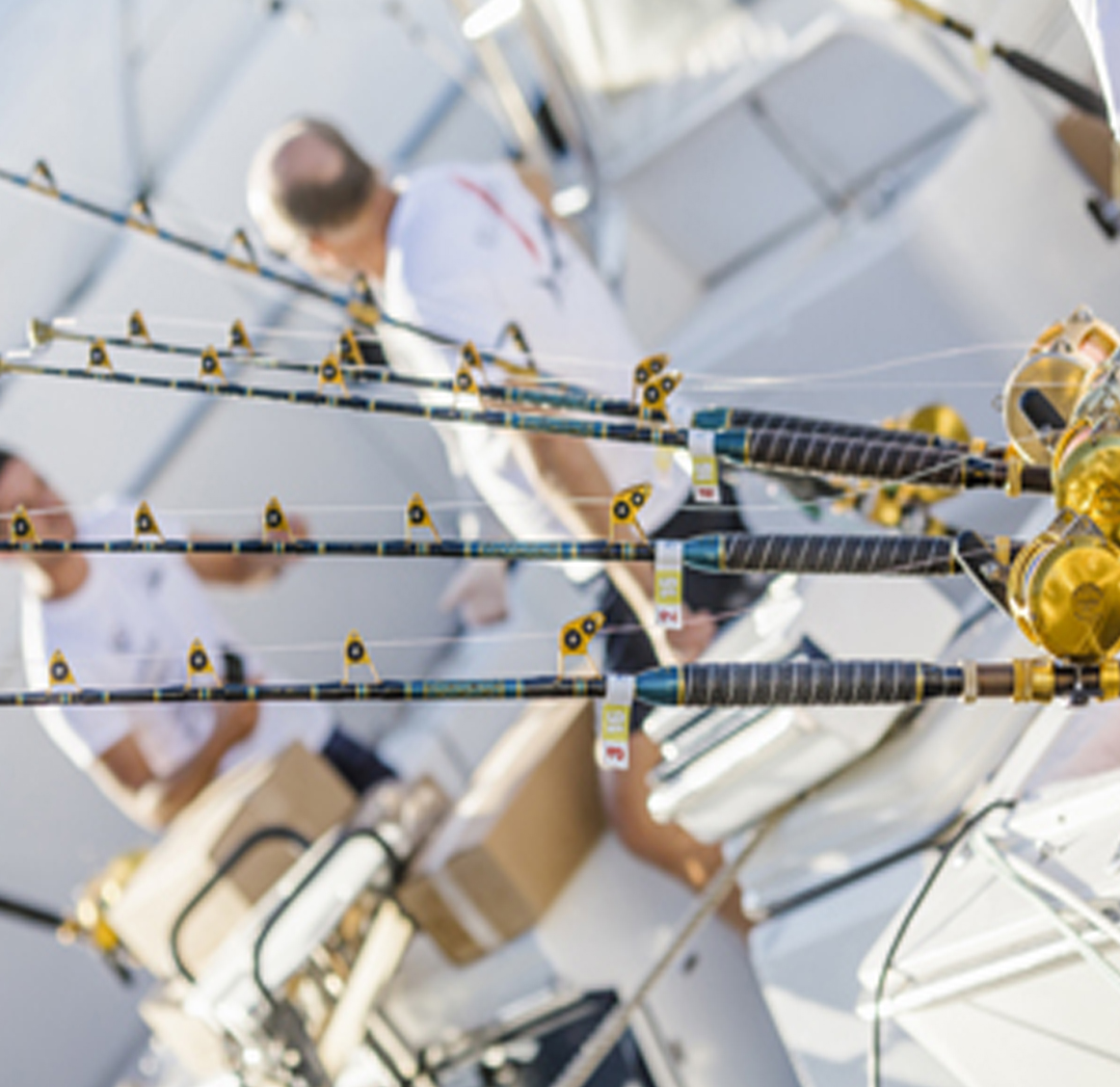 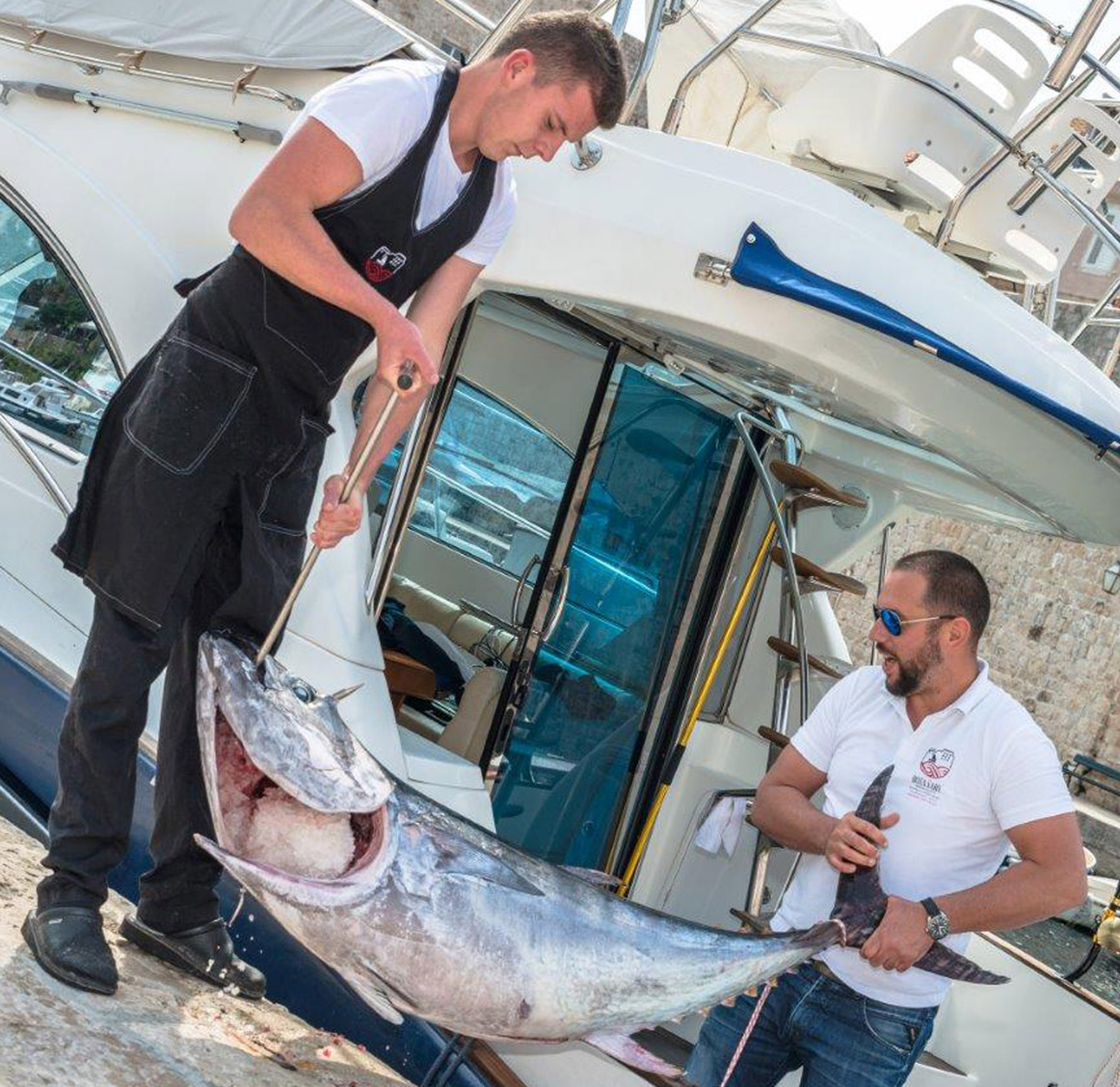 Regardless of your
level of fishing skills, we offer a genuine Extreme
Fishing experience. 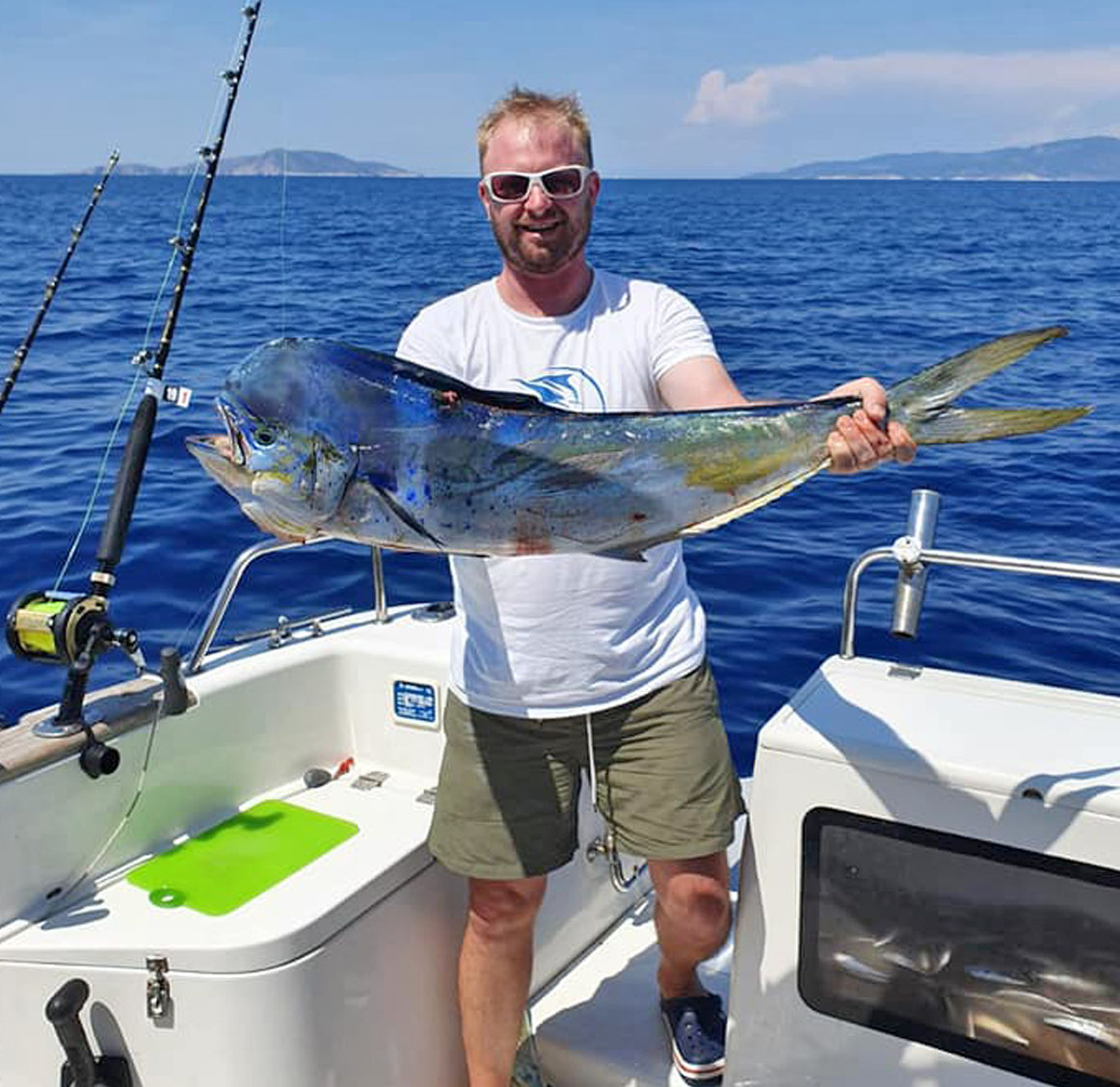 Description of the boats

Both bots are fully equipped for extreme fishing, specializing in drifting and hunting tuna, swordfish and sharks, and suitably equipped for trolling smaller species of tuna and little tunny with nine or more rods.

It should be noted that the boats are ideal for the jigging technique to catch the greater amberjack and dentex. With its comfort and luxury furnishings, the boats offer an unforgettable experience on the open sea, both during the hunt and while cruising on our beloved blue Adriatic.
Fishing from these boats provides direct contact with the sea and fish, and each team member can actively participate in extreme fishing. The boats have a spacious cockpit and are fully equipped for various sorts of extreme fishing: electronic detection devices, four complete 80 lb and 30 lb fishing tackle sets (rods and reels), a fighting chair, jigging gear and jigging master rods and Shimano spinning reels are the major component of our equipment. Our boats offer comfort and an enjoyable fishing experience. 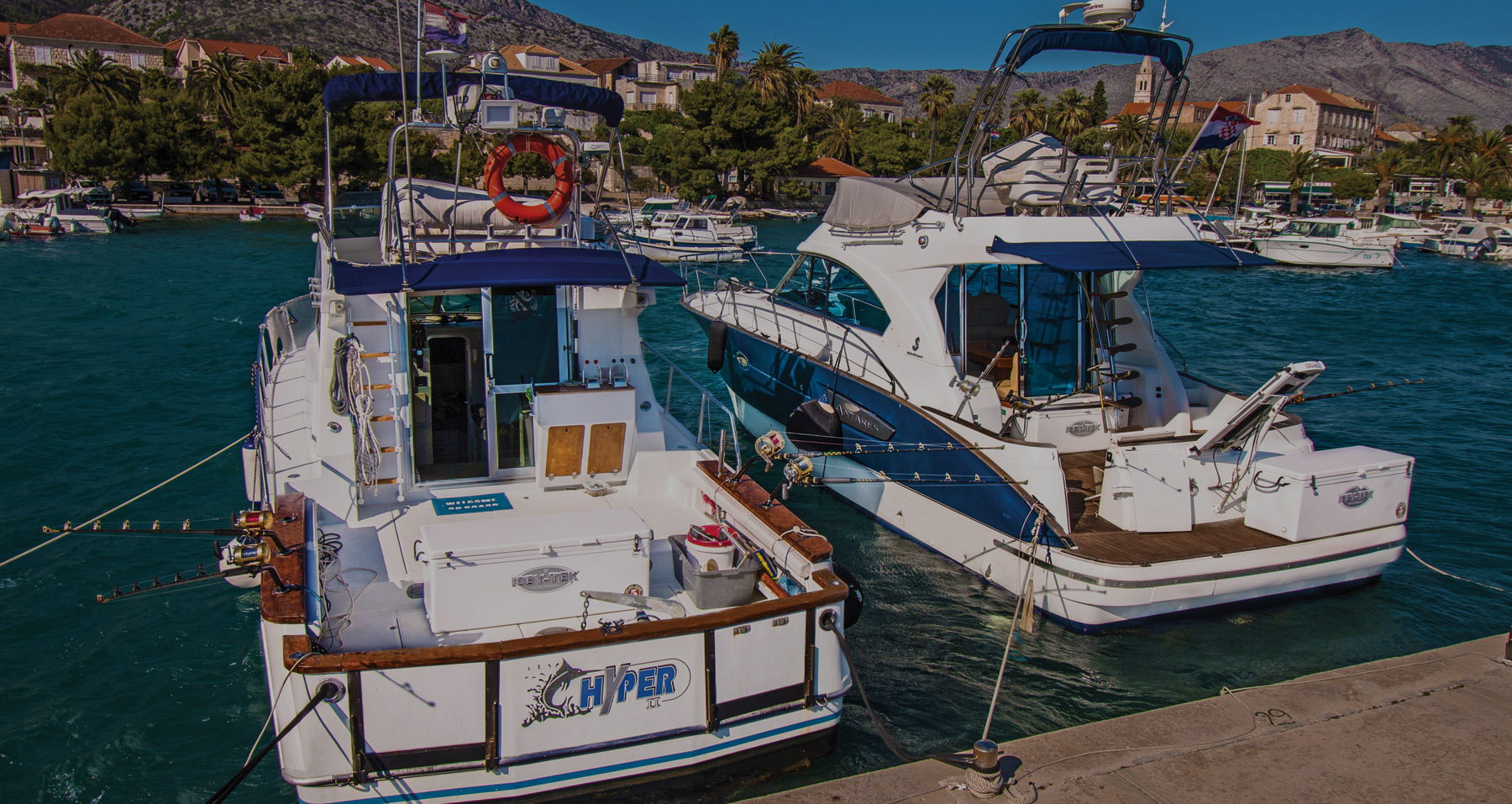 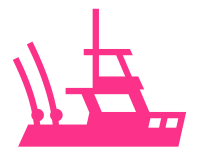 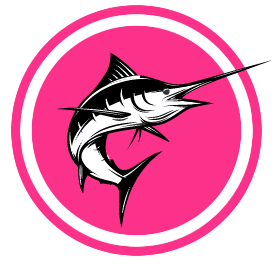 EXTREME FISHING ON THE ADRIATIC

The Dalmatian archipelago is renowned for its pristine nature, crystal-blue sea and an array of secluded coves and beaches ideal for a tranquil vacation. The Adriatic Sea is currently one of the clearest seas on the planet, known for its salinity and ideal for indigenous marine life forms. 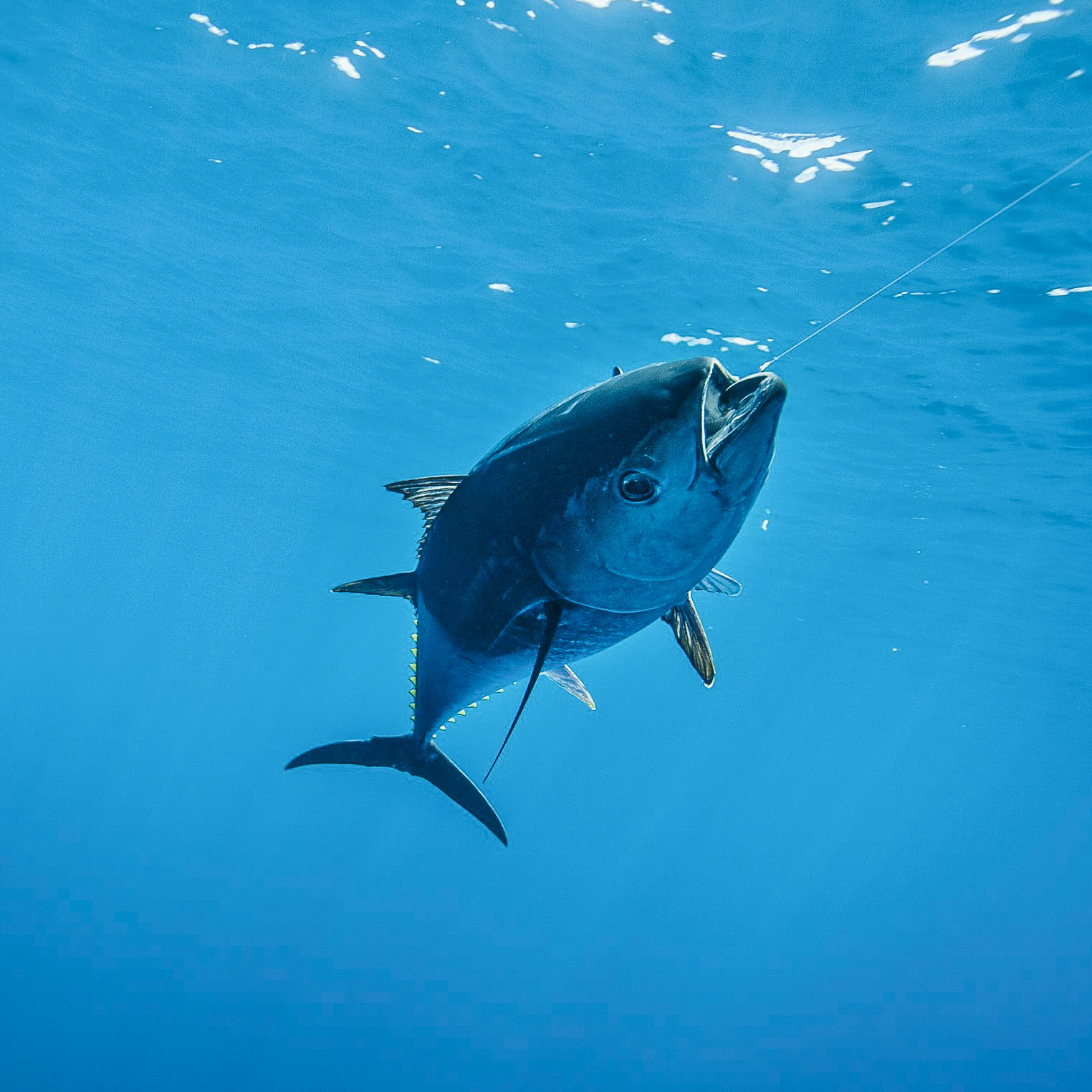 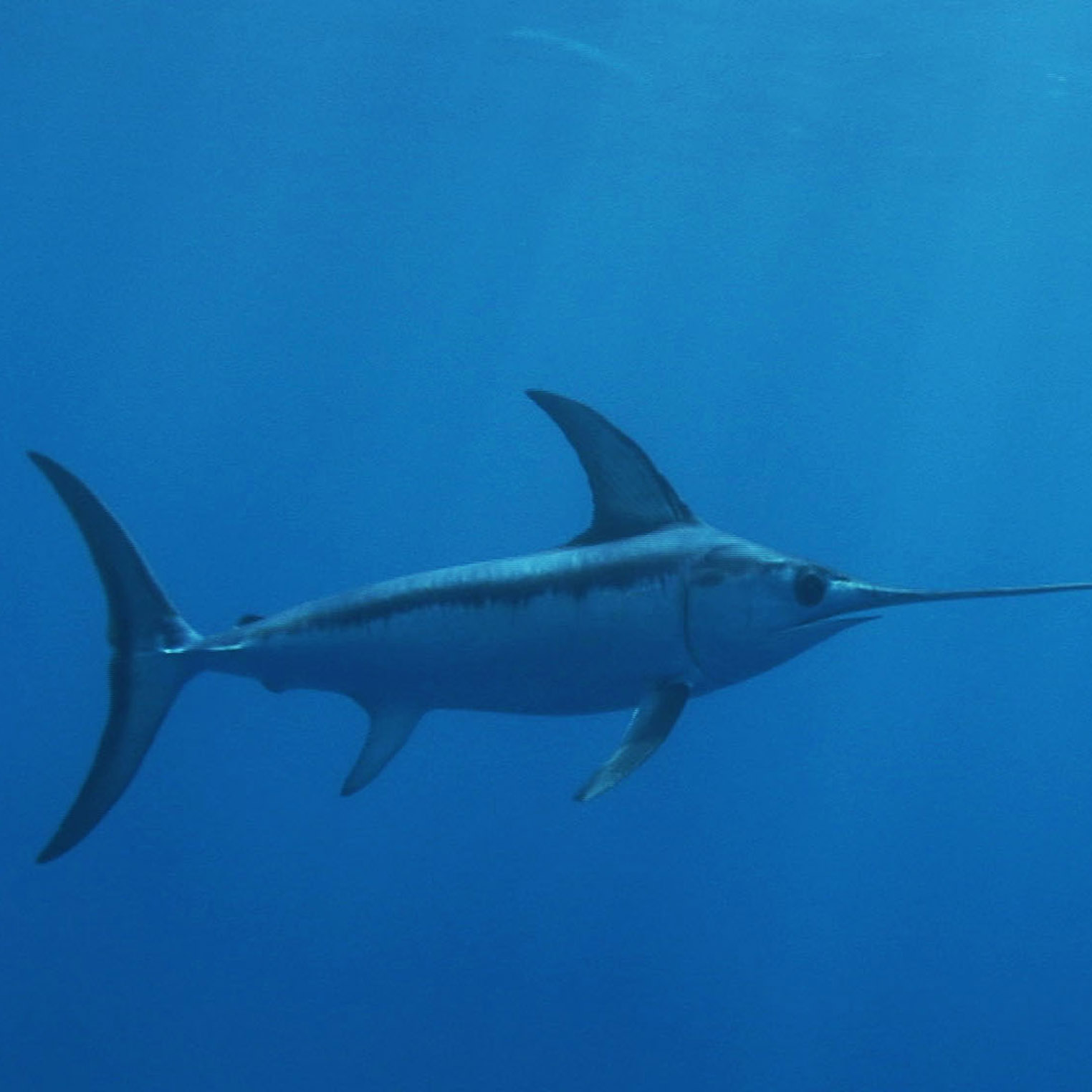 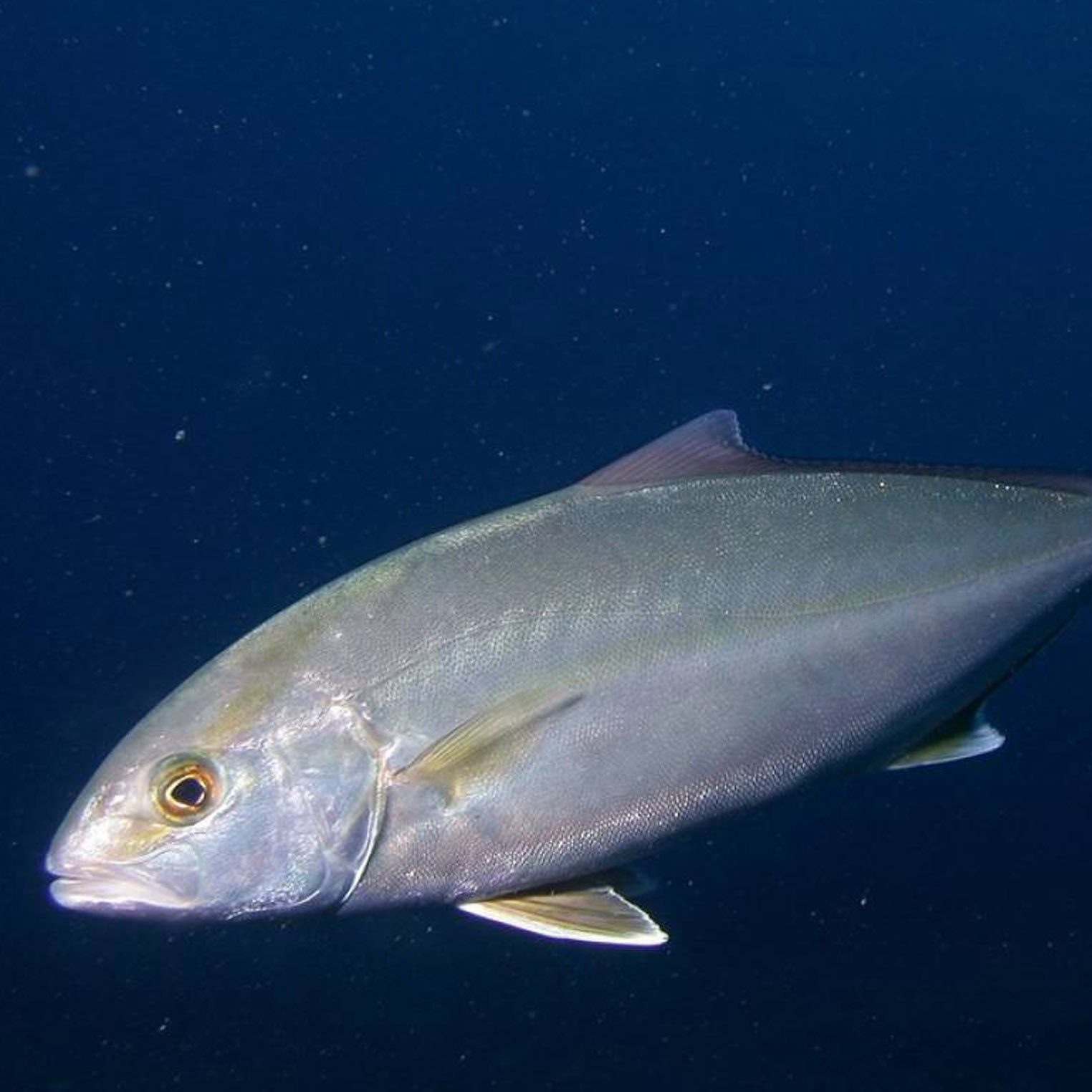 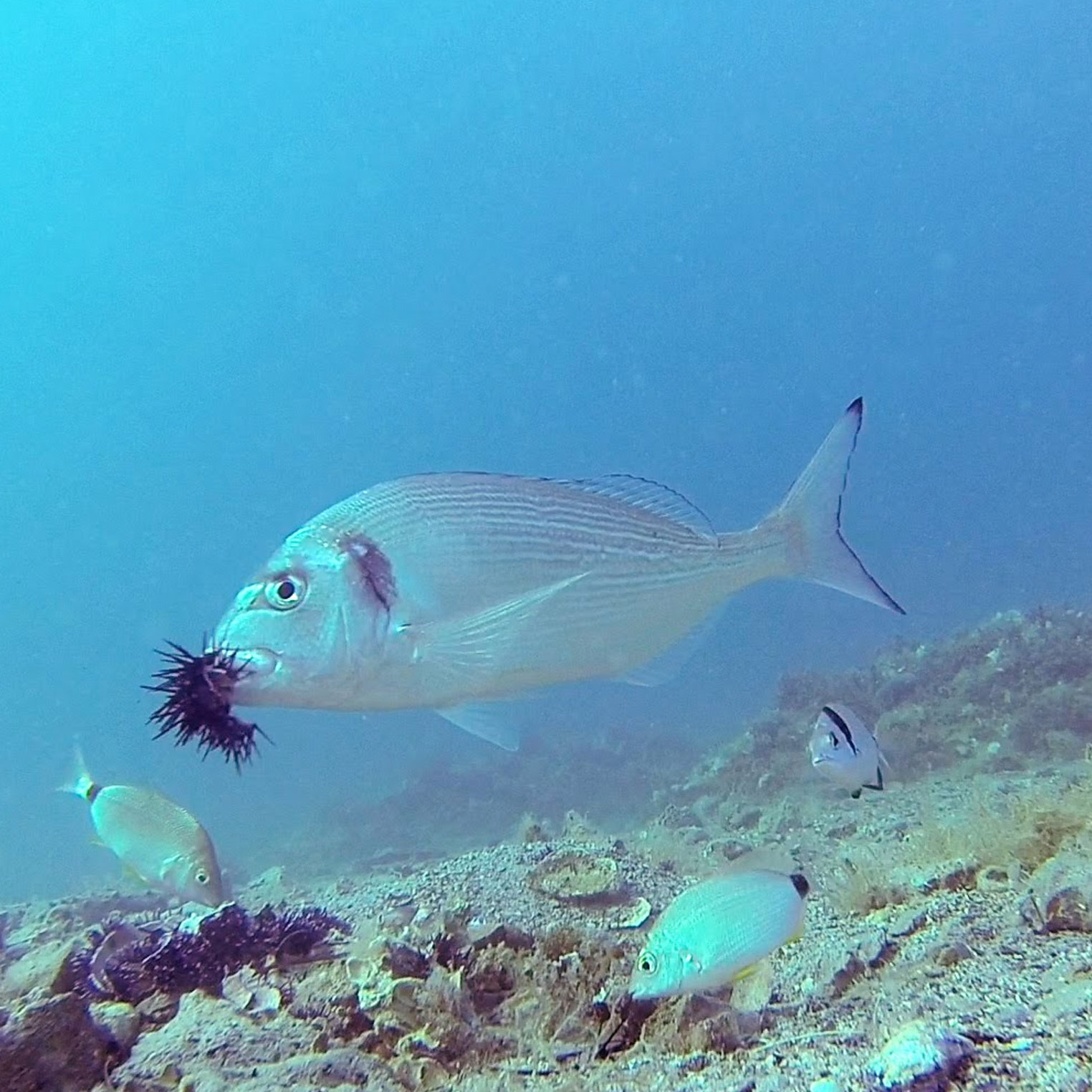 Our greatest joy is fishing for bluefin tuna, the star of sport fishing which can weigh up to 600 kg – even in the Adriatic Sea and is a rare type of warm-blooded fish. Tuna is an excellent swimmer and predator that lives in a school of its peers. Its graceful, spindle-like body, strong constitution and a markedly strong tail fin enables it to swim for long periods of time and move swiftly in search of prey. Tuna is one of the fastest fish in the sea. Its average speed is 12 km/h, but can also reach speeds of over 100 km/h. It also has one of the fastest recovery times thanks to its metabolism which can maintain a body temperature 20 degrees higher than that of the sea.

True connoisseurs enjoy swordfish fishing. It is a predator of open-seas pelagic fish. Adrenaline addicts emphasize that its sword is not just for show, even though this fish served on a plate is a treat for any foodie as its meat is juicy and has a distinctive flavour. Fisheries statistics indicate that their population in the Adriatic Sea increases every year.

Should the skipper shout out "Gooooooof" be ready to tackle one of the Adriatic's greatest predators – a greater amberjack called gof or orhan in Croatian (Lat. Seriola Dumerili). Its mouth is as large as its appetite, and even though it has no teeth, we've never heard of anyone bold enough to stick their hand into its mouth twice. People say that the greater amberjack is an oily fish with white flesh. This means that it belongs to the oily fish family, but cuisine often treats it as a white-fleshed fish. This will be the dilemma of the day, along with – which wine to pair it with.
Dalmatia is the home of Plavac Mali, a red grape variety of unique qualities, and of various white wines made from indigenous varieties that pair well with fresh fish, which enhance the gourmet experience. Those lucky enough to taste amberjack aboard a boat and a selected Vugava wine from the island of Vis, or a tuna steak with the Plavac Mali wine from the Pelješac Peninsula, are bound to dream about it for the rest of their lives. One way to ensure this experience is to sign up for Bota Extreme fishing.

While the greater amberjack is toothless, the dentex was named after its – teeth. It is a highly intelligent fish and strength alone will not suffice for outsmarting the clever predator. 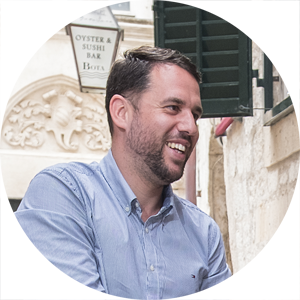 Join us and enjoy an exciting and unforgettable experience!

Seasoned captain Pero is winner of several medals from professional big game fishing competitions. He claims to be happiest right where he is, where he grew up on the coast, spending his days fishing in one of the clearest and richest seas of the world. It is also one of the seas with the highest level of salinity, which is favourable to its biodiversity. It is this energy and enchanting beauty of the Adriatic that we would like to share with you.

Bookings can be also made in our restaurant Oyster & Sushi Bar Bota.
Address of the restaurant: Od pustijerne b.b. (Old City), 20000 Dubrovnik

Where goes the fish caught on our boats?

To the creative kitchens of our restaurants in Dubrovnik, Mali Ston, Split and Zagreb.
Visit us and experience the true flavours of Dalmatia.